D4L supports the creativity and self-expression of people seeking asylum and refugees forced to cross and leave their houses through art workshops and collaborations.

This pilot project developed the effectiveness of a free-playing drawing as a resiliency protocol for coping with adverse life events. In addition, to collaborate as a mediator to an art therapy program.

The free playing is embraced and enhanced by many different perspectives of education and also is not about letting them play freely. It is about not intervene  or influence and realize that paintings do not come from memory rather from the organic memory. 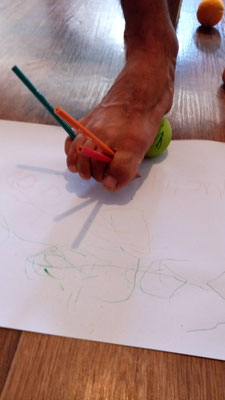 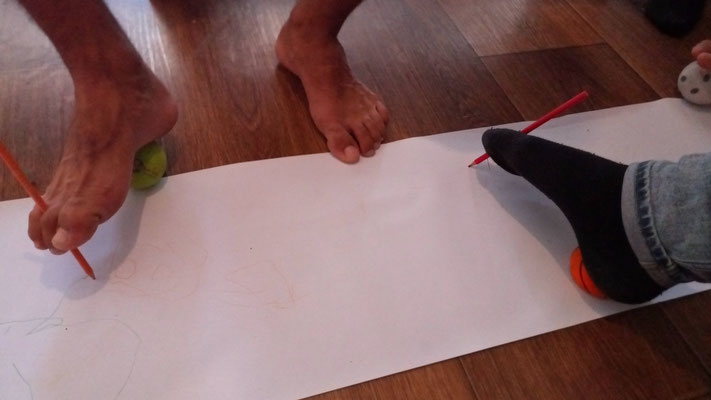 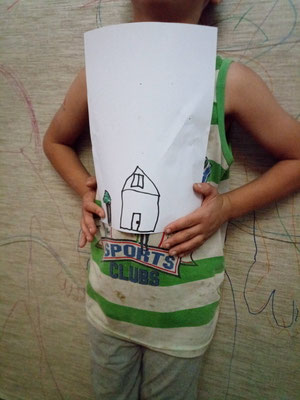 This project is inspired by ideas, processes and researches of Arno Stern, Alessandro Lumare and Simona Lobefaro.

Formulation, by A. Stern, is the spontaneous expression and the singularity of the formulation in that the expression  of everything that cannot be expressed, out of the the intentions, emotions or feelings and, it came from organic memory. At the same time it is a versatile expression that is given from the stroke which is becomes the bearer of something never expressed. Unlike in Art it fulfills a function, in art something is transmitted and something is created and, in Formulation, this does not happen.

Segni Mossi is a movement and graphic sign project for children and adults. assuming that dance and drawing are two ways to make a mark, they work where to experience the consequences of this insight. What is produced is not born from an intention, but from a very deep need that is inherent and unknown, organic.

The objectives to minimise were that participation in the project would result in:

There are no challenges commensurable to the difficulties refugees have faced in their efforts to make it to any country and the problems they face in detention.